The Highlighted Youth Angler below is;


This year my partner, Ryan Steinhoff, and I won the 2020 TBF Junior World Championship on Mosquito Lake in Warren, Ohio.  The week of this tournament definitely had its share of ups and downs.  For me, the trip started with a two day drive with Sam Heckman, Steve Way (our boater) and Rod Allen traveling through Colorado, Kansas, Nebraska, Iowa, Illinois, Indiana and ending up in Ohio.  Our first day of practice was pretty tough.  Mosquito Lake is a very shallow, grassy lake.  The deepest part of the lake is 23 feet. We started off shallow mostly throwing frogs. We fished for over an hour without a single bite. We tried a few more shallow places, but those spots were too shallow with little activity. On the second day of practice, we mainly targeted deeper points and islands. We were throwing Texas rigged craws, jigs, and drop shots.  We ended up finding a few good places and both Ryan and I caught some good fish.

On the first tournament day, we started on a main lake grassy point and we were casting up into 8 feet and fishing our baits down to 12 feet.  We caught our first keeper on a jig and our three other ones on a Texas rigged craw fishing main lake grassy points.  Our four fish weighed in a total of 7lbs. 10 oz. This put us into first place in the Western Division going into Day 2, but 6th place overall.  The second day of the tournament was tough. The conditions were cloudy and made it tough for us.  We only caught two fish.  One of the fish was caught at the same point we were catching them the day before. Our second fish came off of another main lake grassy point.  Both fish were caught on drop shots.  Our total for Day 2 was a little over 5 lbs. Luckily that was enough for us to advance to the final day where all the weights were zeroed.

On the final day, we knew if we wanted to

win we would have to change it up a bit.

We started up shallow throwing frogs and

senkos and tried that for almost three

hours without success.  We decided to try

craws and drop shots, but that also did

not work.  Next, we headed back to our

first spot we fished on Day 1 and decided

to fish that spot a little shallower by fan

casting senkos in 7 ft of water.  By this

Within minutes, we caught our first keeper

of the day and within 45 minutes we had

a limit!  Steve Way kept us spot locked on

the same spot until the end of the

tournament and we just kept catching

and culling. We ended up weighing in 5 fish

The 2020 TBF Junior World Championship overall was an amazing experience.   But I would not have been able to experience it without many people.  First, I want to thank our boater Steve Way for taking the time to travel to Ohio and be our boat captain.  Second, I want to thank Sam Heckman, our youth director and Southern Colorado Jr. Bass Club leader, for all the hours he dedicates to the youth in our state.  Also, I want to thank Rod Allen, our TBF State Director.  Last, I want to thank TBF for putting on the tournament every year and giving us the opportunity to fish great tournaments. 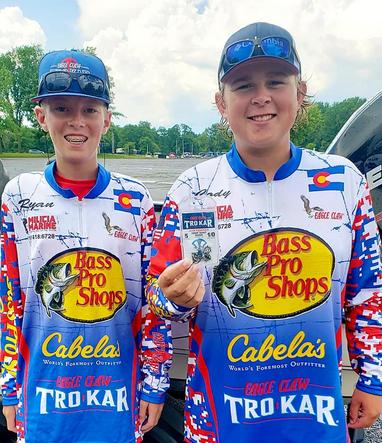 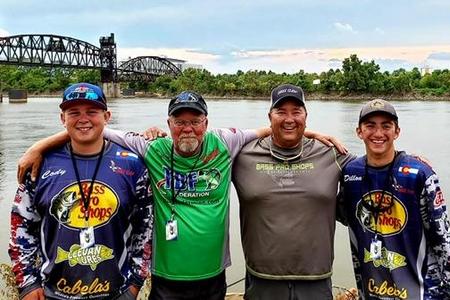 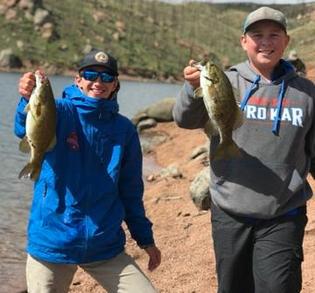 The youth angler page is content created by the angler being featured.